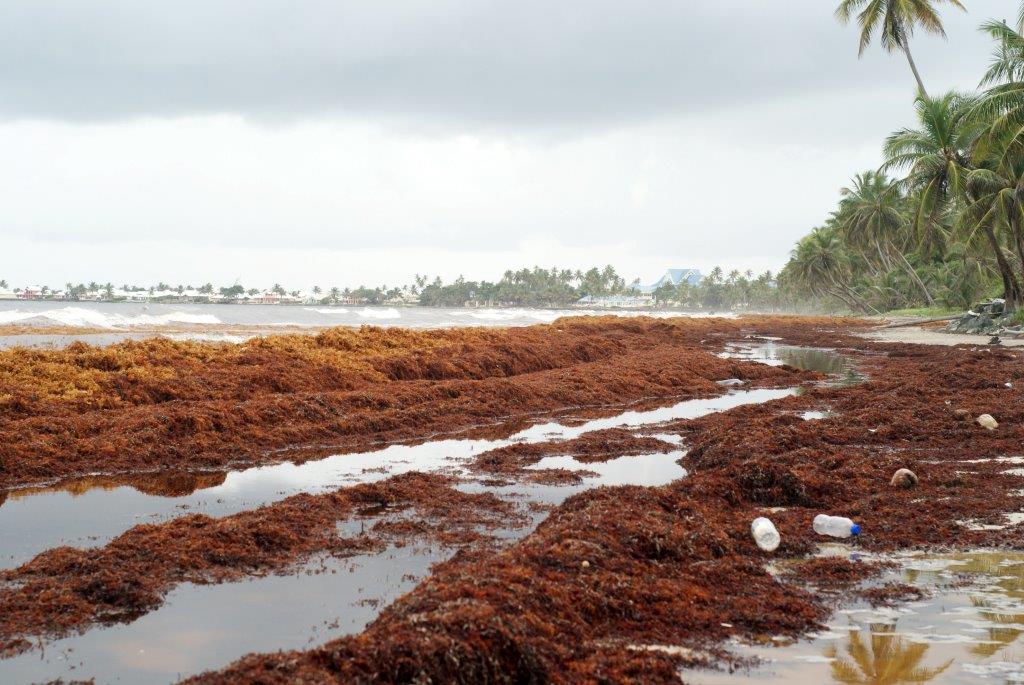 Beach-goers may be familiar with Sargassum, as the brown seaweed with the small berries that washes up along the shore thatthey like to pop between their fingers. Also known as Gulfweed, this marine plant has air bladders that help keep it afloat,and occurs both as attached coastal plants and free-floating forms.  The coastal plants common to our coasts are submerged and attached to small stones and hard substrate. Theycan be seen cast ashore when they undergo seasonal cycles of growth and decay.  The free-floating form consists of only two species,Sargassumfluitans and Sargassumnatans,that up until 2011were not a part of the marine flora of Trinidad and Tobago. These drifting plants form extensive mats in the open ocean and provide a major food source for herbivorous animals which in turn attractsthe carnivores.  Besides being a food source,this seaweed community supports a diverse ecosystem and provides critical habitat for a wide variety of sea life including crabs, shrimp, molluscs, fish such as mahimahi, and sea turtles,and is a nursery and spawning area for others.The Sargassum Fish, Histriohistrio, spends its entire life in free-floatingSargassumseaweed and has fleshy weed-like appendages that help it blend in with its background.

During 2011, massive quantities of driftingSargassum washed up throughout the Caribbean, from The Bahamas, throughout the Greater and Lesser Antilles, and Trinidad and Tobago. A similar event occurredthis year.On the windward side of Tobago, mats up to 0.6m thick washed ashore atPinfold Bay, King’s Bay, Hope Beach, Kilgwyn, and Little Rockly Bay. In Trinidad, east coast beaches from Cumana toGuayaguayarewere affected.  Coastal residents concerns ranged from effects to fisher livelihoods and difficulty in launching boats and accessing fishery resources, to tourism, with the incessant incursion of the seaweed into bays and onto shorelines, and ensuing decomposition of the plants requiring assistance with disposal.

Many questions surrounded this event which negatively impacted shorelines, local fishing, tourism and coastal activities. What was the source of theSargassum? What transported it to the region? Why is it affecting such a large area in the Caribbean? Are currents in the region changing?

Connectivity of the Ocean currents

Scientists at the University of Southern Mississippi – Gulf Coast Research Laboratory (GCRL) and their regional collaborators are assessing critical aspects of this year’s Sargassum strandings event and that of 2011, including the source and causes. Dr. Donald Johnson, Senior Scientist in Physical Oceanography atGCRL, visited the Institute of Marine Affairs in October and shared preliminary findings of the research.

Traditional sources of Gulfweed are the Sargasso Sea in the Northern Atlantic and the northwest Gulf of Mexico. Oceanographic modelling was used to back-trackSargassumfrom locations on the affected islands.  Passive transport via ocean currents was tracked from the eastern Caribbean southward toward Guyana, Suriname, French Guiana and northern Brazil.  Massive accumulations of pelagic Sargassum even extended eastward across the Atlantic to the coastal region of Sierra Leone in 2011, a highly unusual and previously undocumented occurrence for that region.

The scientists proposed that a new source of Sargassum associated with the 2011 event was located in the tropical Atlantic Ocean eastward of Brazil. The Gulfweed was transported into the eastern Caribbean via the North Brazil Current, Guyana Current and Antilles Current. Once it arrivedin the region, local oceanographic and meteorological conditions facilitated its spread.  What was shown is the connectivity across the tropical Atlantic Ocean via currents. There was no obvious linkage between this event and the Sargasso Sea.

Now that some of the mystery surrounding the source and the pathways of this massive Sargassuminflux has been revealed, more questions surface.  Are theseevents a response to climate change? What is causing the seaweed to bloom in such quantities at this new location?  Is this change in the status quo of Sargassum a preview of oceans in the 21st Century after decades of pollution, overfishing and coastal development?  The answers to these are yet to be unraveled by science as this unprecedented phenomenon plays out before our very eyes. 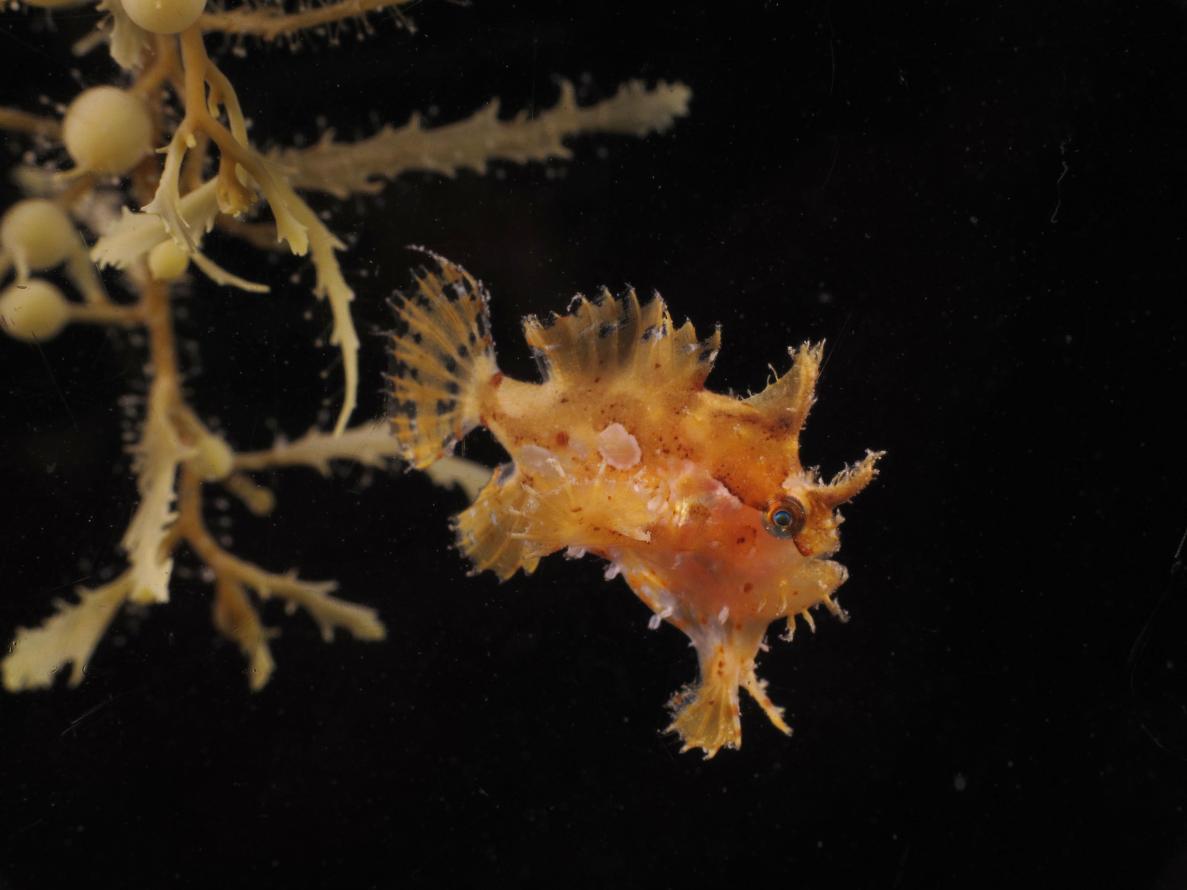 Some recent (May 2015) pictures of the accumulated weed at Little Rockly Bay added to the original article : 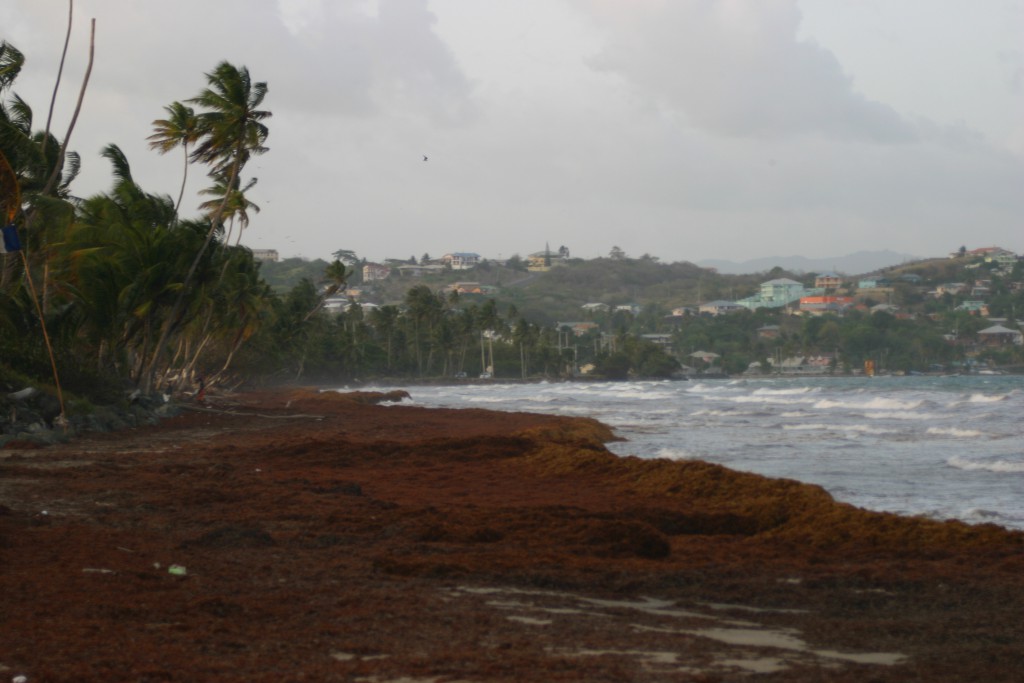 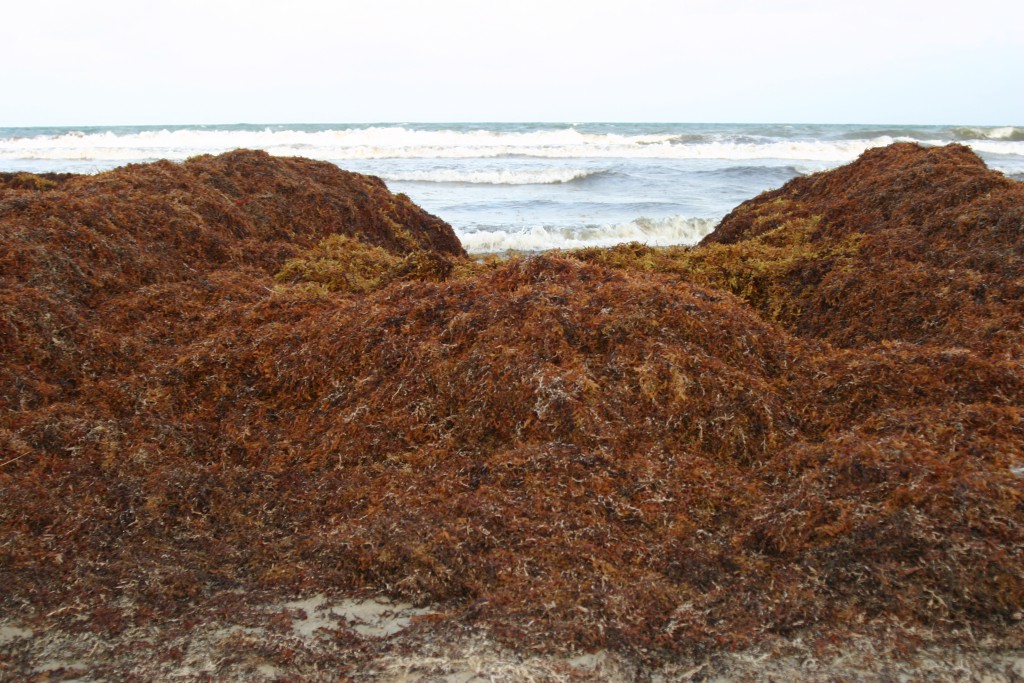 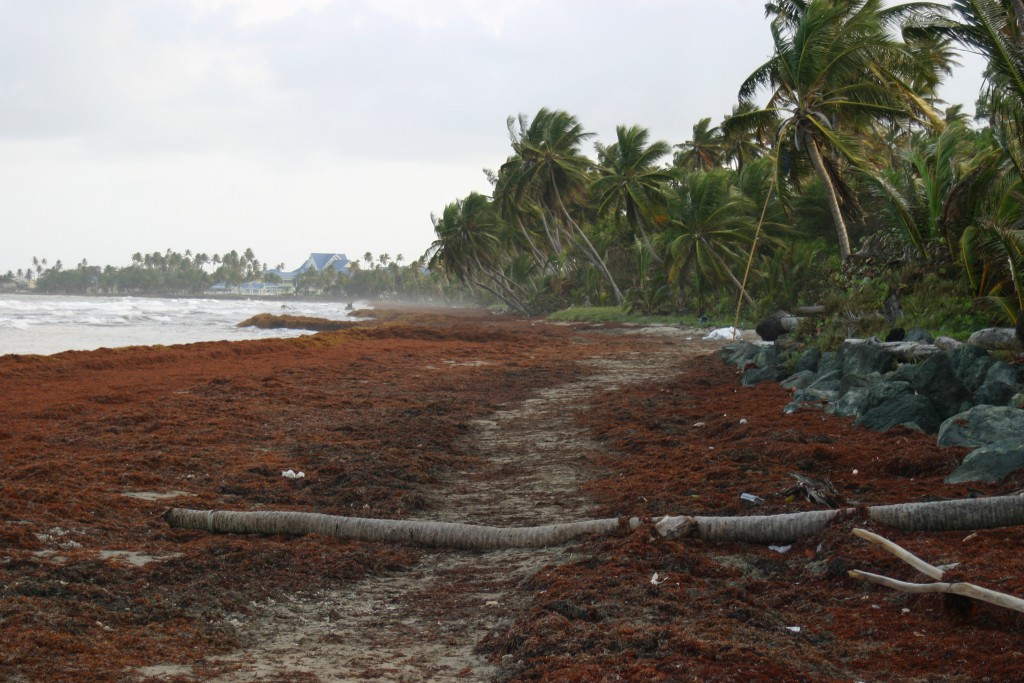