As yet to be confirmed rumours suggest a radical approach to fighting weed in Tobago. The ongoing weed problem will be creatively dealt with. The weed  – which becomes to much for both tourism and local fishers – will be dealt with by Snoop Lion formerly known as Snoop Dog. Details will be revealed after the clean-up. Snoop Lion – most likely already in function – was not available for comments. 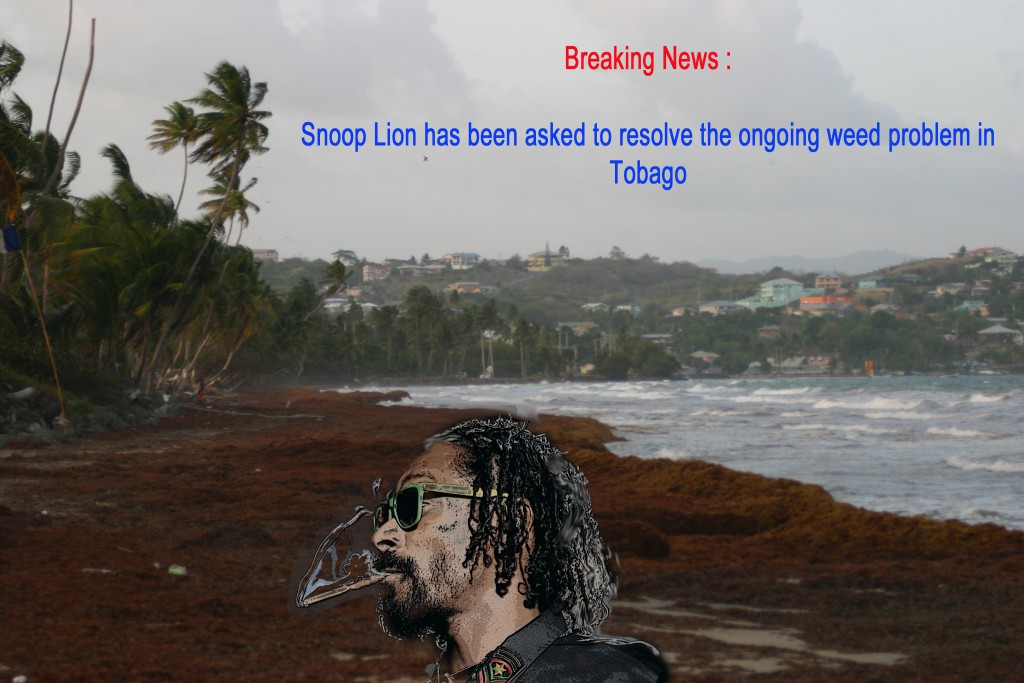 The comment of local fishermen to this breaking news was overwhelmingly positive. A representative of the fishermen stated that fishers really don’t like weed and that the amount of it makes it impossible to function in a regular way. Support to Snoop’s efforts will be given were possible to tackle the problem as quick as possible.

Sane and intelligent human beings are like all other human beings, and carefully and cautiously and diligently conceal their private real opinions from the world and give out fictitious ones in their stead for general consumption.
Mark Twain, Mark Twain In Eruption (US humorist, novelist, short story author, & wit (1835 - 1910))